After 2 early term miscarriages Becca and I were excited to find out in late summer 2015 that we were expecting again, and this time the early scans confirmed a healthy heartbeat and a growing baby. Sadly, it was not to be and our daughter, Cara, was born sleeping on the 21st December 2015 in Queen Alexandra Hospital Portsmouth.

We were fortunate enough to have a support network of incredible family and friends as well as receiving some support from Sands through the incredible Sands-trained Midwife who supported us through the toughest night of our lives.

With this support we were able to get through our darkest days and come out the other side. I've run Marathons in the past but lost my running mojo around the time we were struggling to have children, but I always said that I wanted to run in the London Marathon at least once and by the time I was 40. I turned 40 in October, the same year that Sands celebrated it's 40th anniversary. A coincidence that I could not ignore given what they did for us and do for other families on a daily basis.

Fitting the training in whilst also having a full time job and a two and a half year old has been my biggest challenge. Also three weeks ago at what should have been the busiest point of my training, we nearly lost my mum to a heart attack. That took priority as she was critical for a couple of weeks so the final few weeks of training have not gone well.

I'm most looking forward to crossing Tower bridge, seeing all the support, crossing the finish line and seeing my wife at the end.

This is me with the Sands-trained Midwife who delivered our daughter, whom we met with recently. 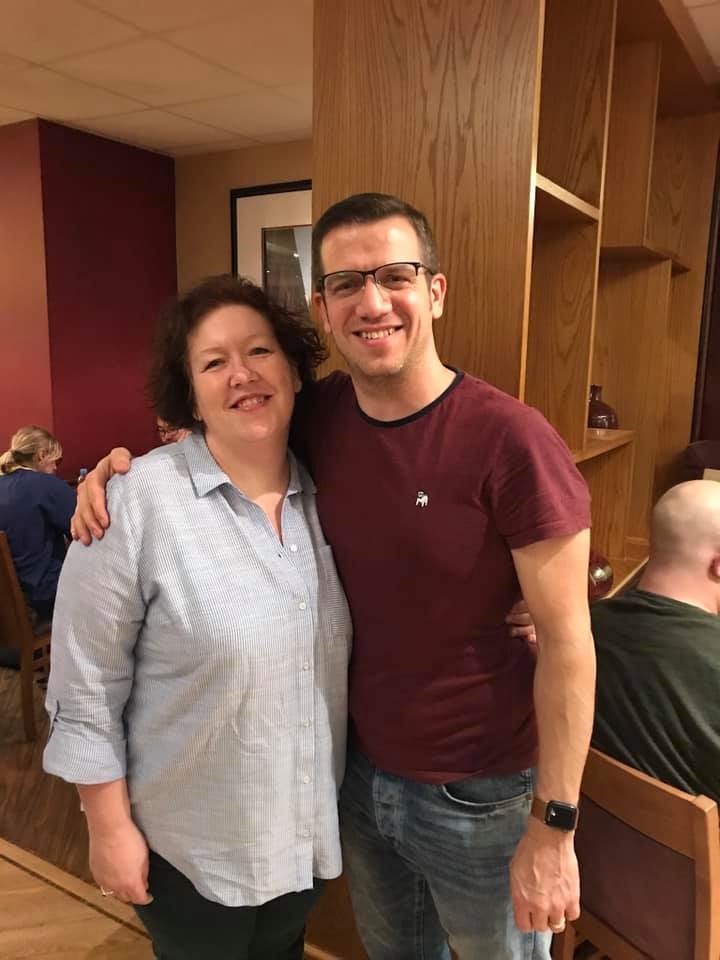 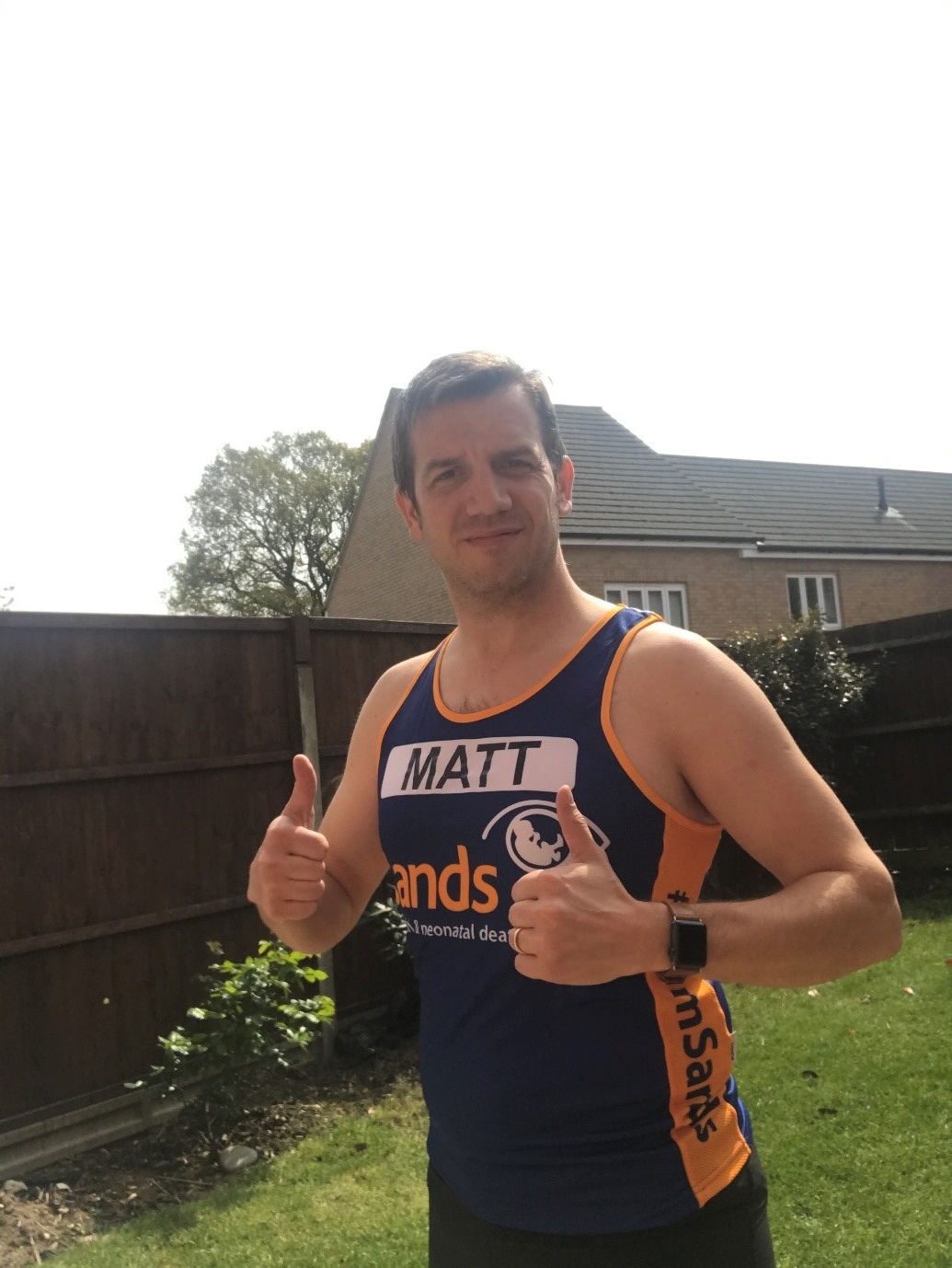