The Daily Mirror Pride of Britain Awards in partnership with TSB, celebrate the achievements of truly remarkable people who make our world a better place. Nominated by the public, the winners are from all walks of life, of all ages, and from all over the country.

The first Sands United FC grew from grief after Charlotte and Rob Allen’s baby daughter Niamh died on 9 October 2017 at 39 weeks and three days. The couple were supported through their loss by Sands, but at one bereavement support meeting, Rob counted 24 women and just three men. 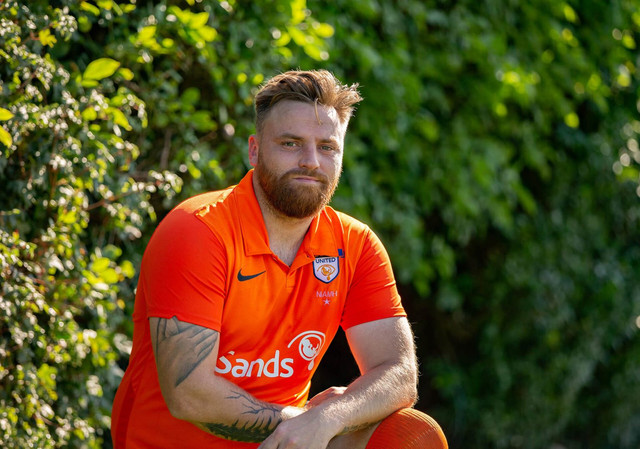 Rob organised a charity football match that raised £6,000 for Sands and the legacy of this one-off game was the creation of the very first Sands United FC, a team of bereaved fathers, grandfathers, uncles and brothers, in a local football league in Northamptonshire.

As word about Sands United spread more teams were set up by other bereaved men inspired by Rob and there are now more than 30 teams across the UK.

Each team’s kit is embroidered with the names of the babies they have lost, and hundreds of men, and their families, have been empowered to open up about their loss, and support each other through sport.

Sands United FC team members have congratulated Rob on his Award and spoken about how much it and being part of the community means to them.

Sands United to me is a safe place. An environment that has been naturally grown by the participants who have showed courage and bravery to support one another. It’s a place where amazing people use the negative experiences of losing a child to positively provide support to another family who have experienced a similar event in life.

It's given me the opportunity to share my feelings around my brother and feel comfortable with my loss but proud to have been apart of his precious life. Sands United has given me friendships I never anticipated but am now forever grateful for.

Sands United has given me hundreds of brothers around the country that I didn’t know I had. Through Sands United I’ve met guys who I can reach out to when I’m having a tough day and will pick me up.

When I’m stood on the centre circle before a match starts with my shirt on that I cherish so much and I look around at the brothers on my team just before we bow our heads for a minutes silence to remember our angels – the reason we are there. I take such strength from it.

Find out more about joining a Sands United FC team near you or setting up a team in your area.